The I-4 / Selmon Expressway Connector: Worth the Wait? 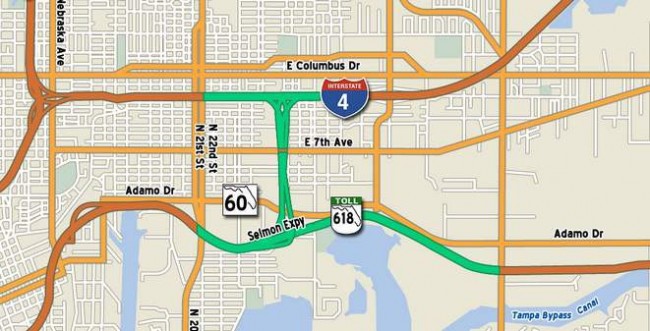 After much anticipation, the I-4 connector is finally open. It makes travel and access to 22nd Adamo Drive easier (including our properties near Ikea). This alone makes it good news for Tampa businesses.

If you ask people in Ybor, they have noticed a considerable reduction in truck traffic, which they needed. Others, such as commuters heading east at the end of the day, believe it’s still quicker to take the Lee Roy Selmon to Kennedy. The traffic has probably been reduced by others taking the Connector.

In my opinion, it achieved a lot of the goals the project leaders hoped to achieve. I thought I’d recap the latest updates and general facts regarding the Connector.

The project totaled $487 million. About $105 million of that was funded by the American Recovery and Reinvestment Act of 2009, allowing the project to begin construction in March 2010. It was completed almost four years later in January 2014. The remaining funds needed to pay for the project will be paid over time with traffic tolls.

Cargo traffic for the Port of Tampa Bay is supposed to use the “Truck Only” lanes of the Connector, to channel cargo to and from the Port without going through Ybor City. Access to the cargo lanes are provided from both directions of I-4.

Despite relatively light traffic during parts of the day, the FDOT reported at the end of January that the number cargo trucks using the Connector is averaging 1,600 per day since its January 6th opening. The FDOT has also calculated that about 19,000 vehicles are using the connector every day.

So, do you think it was worth the wait? Would you now be more interested in moving your business to, or staying in, the area near Ikea? Send your thoughts to me at info@www.dikman.com.